Lately however, I have been unable to resist - particularly when I am drinking margaritas. The latest is that I started knitting this shawl, according to a pattern called Edwina, under the influence. It was a bit confusing trying to figure out what I had been doing the morning after I started, but then things went well after that. The first part of Margarita Edwina is finished and it is time to begin on part 2 - a different lace pattern. 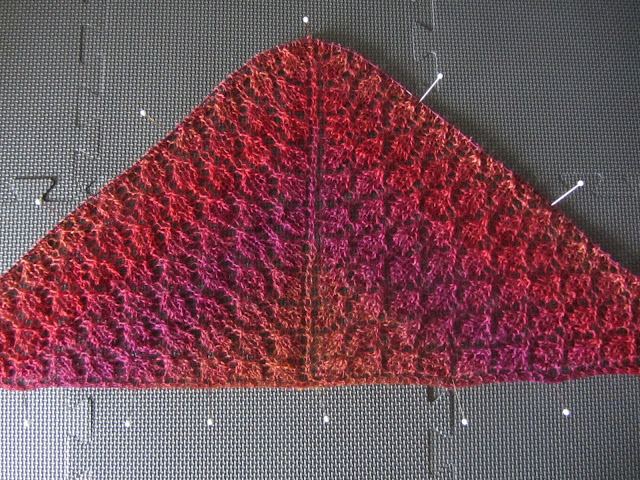