Finland Trip March 2010: A set of photos that in no way represents the trip.

Since I as a rule don't really blog people here; all the people shots except one is not here. Thus only a very small selection of photos made it to the blog - mostly food! 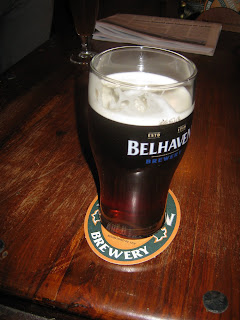 The first evening we went to a cafe: Beledra, Jucko, HannaQ, Uniikki, me, Darquan, and later Sam. (Hope I didn't forget anyone, if so it was not on purpose). It was lovely to see them all again and Uniikki was a pleasant surprise! When we parted Uniikki, Bele, Jucko and I went to a pub where at least I drank beer.

Friday I went to Hyvinkää to see Kasha - and the cats. For some reason I have no photo of Jinx (Omen's sister) - but here is Saffy (the blue) and Omen. And Kasha. Please don't kill me. 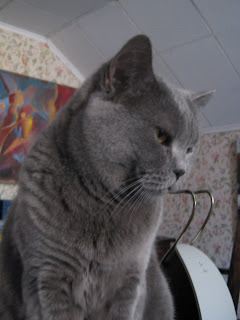 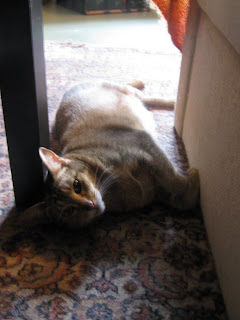 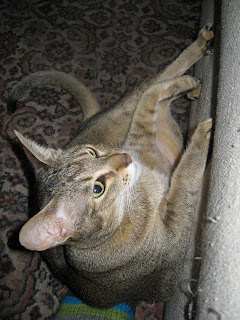 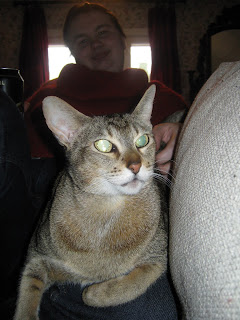 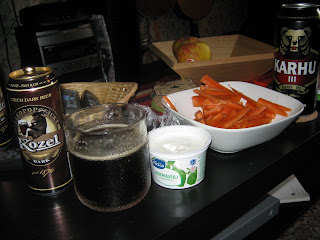 Me and Kasha ate traditional sisterly food: Carrots with Grrlic dip and a few liters of beer to rinse it down. 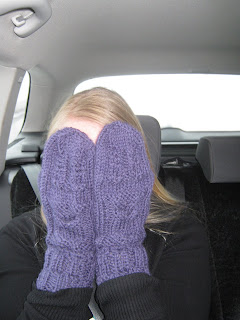 Saturday: North to Jyväskylä in Galadhan's car, with Halfmind and Jucko in the back. My purple owl mittens got a new home with Halfie.

Saturday was spent with the #tolkieneers at Bleadof's place: Great company and much fun. And a bit of music show as a few brave souls performed with Guitarhero Rockband for the rest of us. Blea baked vegan brownies with way too much sugar. We went out and drank beer. And walking around wasting time waiting for a bus that turned up to not go at all; we came across this mad thing on the ground outside the church entrance. Click to enlarge... Wow. There was thousands, my photoes does not show it. 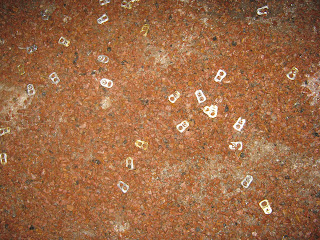 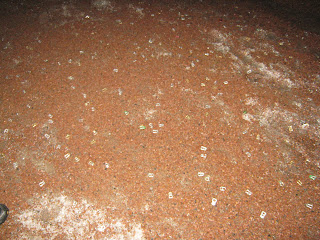 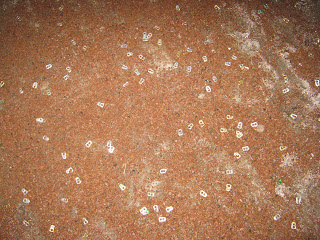 The best thing about being in Finland is that I can eat all the food I miss like mad. Thanks to Halfie for posing with the bread (which she also had missed)! 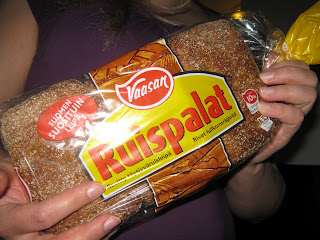 And rye-burgers at Hesburger, too. 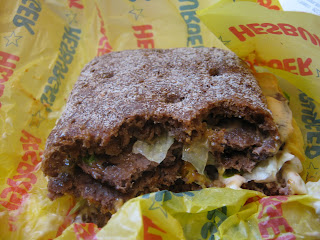 Sunday we went back south to Helsinki and I sat around at Beledra/Hanna's floor drinking tea from multiple mugs. Everything as normal in other words. 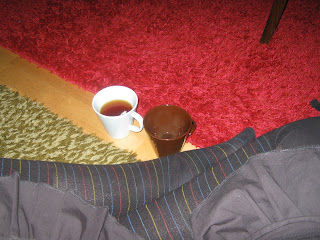 And monday I went back to Stockholm aboard this bird. 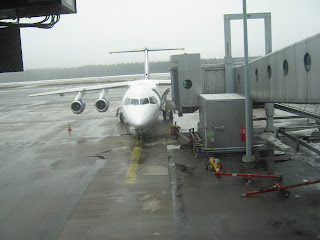 Email ThisBlogThis!Share to TwitterShare to FacebookShare to Pinterest
Tags: travel