Shinjay took photoes too. Many photoes. I am in quite a few of them; but here is a couple - used with permission.

Just to prove that I was actually there and was being social and going outdoors and stuff - I know there are quite a few who do not believe I do such mad things!

Cooking - I took on the role as slicer and chopper, to the obvious worry of Marevan who was sitting to the side of me the knife is pointing. I chopped mountains of cucumber, lettuce, peppers and some other stuff. Not Mare however, he still lives, though considering his upcoming wedding he might regret that, who knows?

Late night pub-round - that didn't become much of a round as we settled down to play board games. Meta photography; Shinjay took photos of me filming Ferin+Jucko. 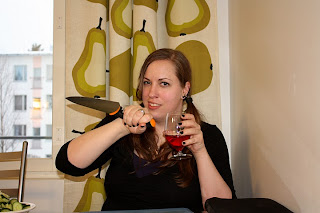 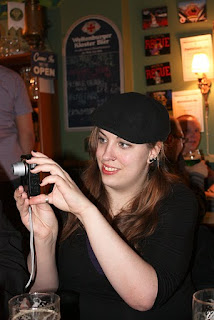