I've been laid off from my job. The formal end date is some months away, but for the time being I don't technically have to work to survive though it is a highly temporary state. I am mourning my beloved job, my beloved workplace, and not feeling really well at all. Another reason why I have neglected this space. A strong feeling of rejection from several points at once (work being one). I feel rather worthless (this ties back to my confidence in my abilities, but lack of confidence in my personal value outside my abilities). I'm slowly getting momentum in my life again: Planting things on the balcony and making some vague plans for the coming months, talking about starting a project that is to become a company with a friend. My days are still rather slow.

On the upside, I now know what I want to do with my life. And I have a plan for finding the plan for how to get there!

Email ThisBlogThis!Share to TwitterShare to FacebookShare to Pinterest
Tags: anxiety

Flying through the night

My favourite of the books I have read the past year has clearly been West With the Night, a memoir by Beryl Markham, the first woman to fly solo across the Atlantic in the westward direction (and only the second person to do so). There are questions whether she actually wrote it or whether she had a ghost writer, but in a way it does not matter - it is a truly delightful read, extremely well written, with a lot of colour and flavour from her childhood onwards, as she grew up in east Africa. It had me snorting laughing at times, other times struggling with seemingly getting stuff stuck in my eyes. It's gloriously wellwritten. Go and read it!

That said, I am also left with SO MANY QUESTIONS. The burning questions, entrenched so deep in my soul that I dream about them.

Beryl Markham is quite obviously, even seen from the book where her own standing in society is not much mentioned, quite the character. She was the first female (race) horse trainer in the area, one of the first bush pilots, and all of this being female, young, in the nineteen twenties. She seems to have been quite the racy young lady! I got the sense from the books that she had intimate relationships with some of the men she mentioned, though nothing is directly said. When I set out to learn more about her I was thus somewhat surprised to learn that she was married three times, and had a son. The husbands and her son are never mentioned in the book and thus my curiousity just grew. She decides on the spur of the moment (more or less) to go to England. Her farewell to her father is mentioned, but a son? Was she actually married at the time? And being a bush pilot? And and and.

One of the men I got the sense that she was having a relationship with was Denys Finch Hutton, Karen Blixen's onetime lover. The online resources I have found about Markham seems to confirm this. This leads me to point out that we thus get another view at many of the events mentioned in Out of Africa (of personal note as a reader is that Blixen is among the authors that have thoroughly captivated me as an adult too), as well getting to know many of the people in Karen Blixen's immediate surroundings better, including her never-mentioned husband.

Well. My curiousity has NOT been sated yet. This blog post brought to you by dreaming about meeting Beryl Markham and her acquaintance, and flying in the bush, last night, although it is a while since I read the book.

I hope that if nothing else I have inspired you to read West With the Night :) And if you can provide me with more resources about the fantastic person that lived those events, please do. Meanwhile I am off to read a biography.. 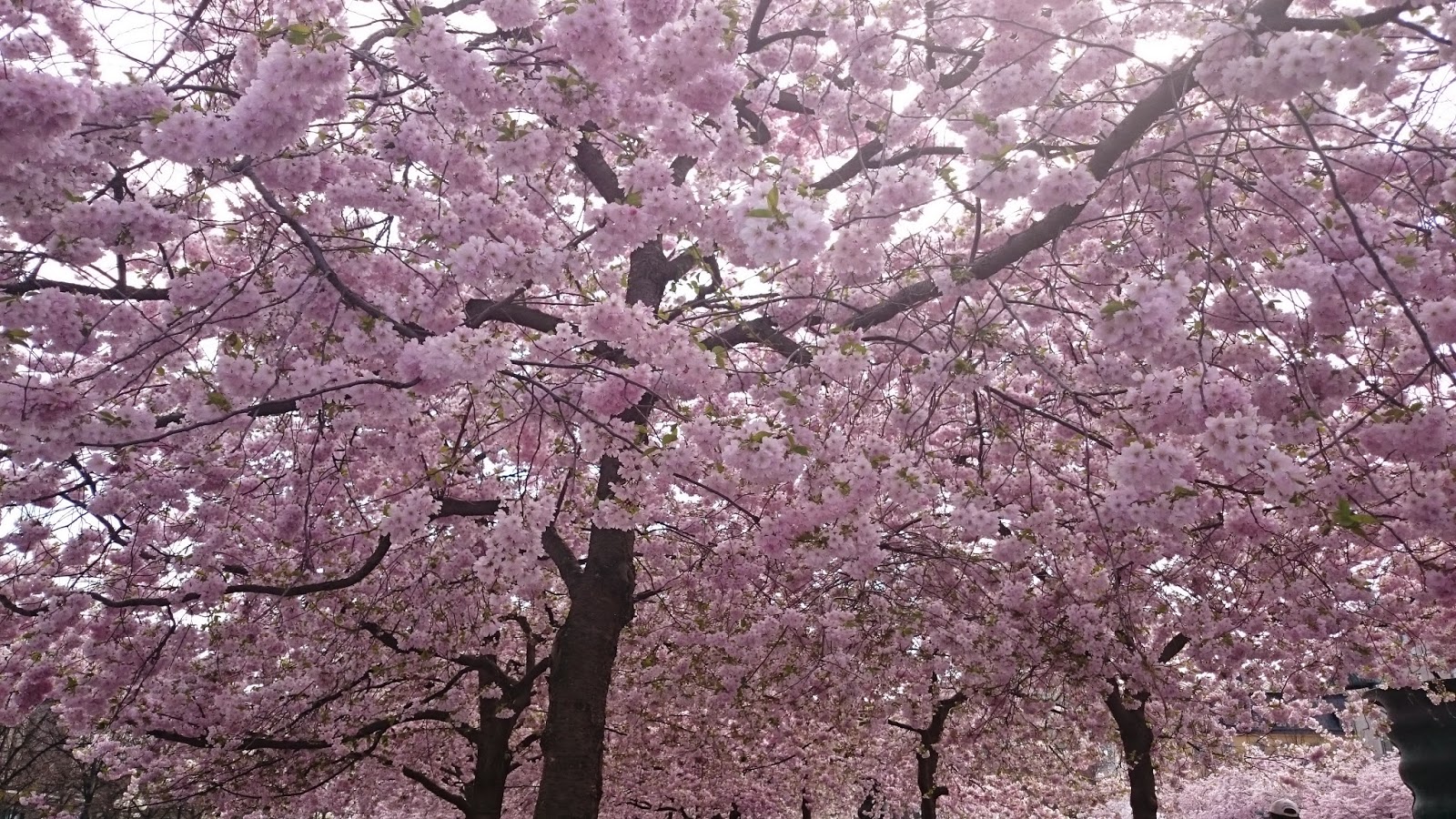 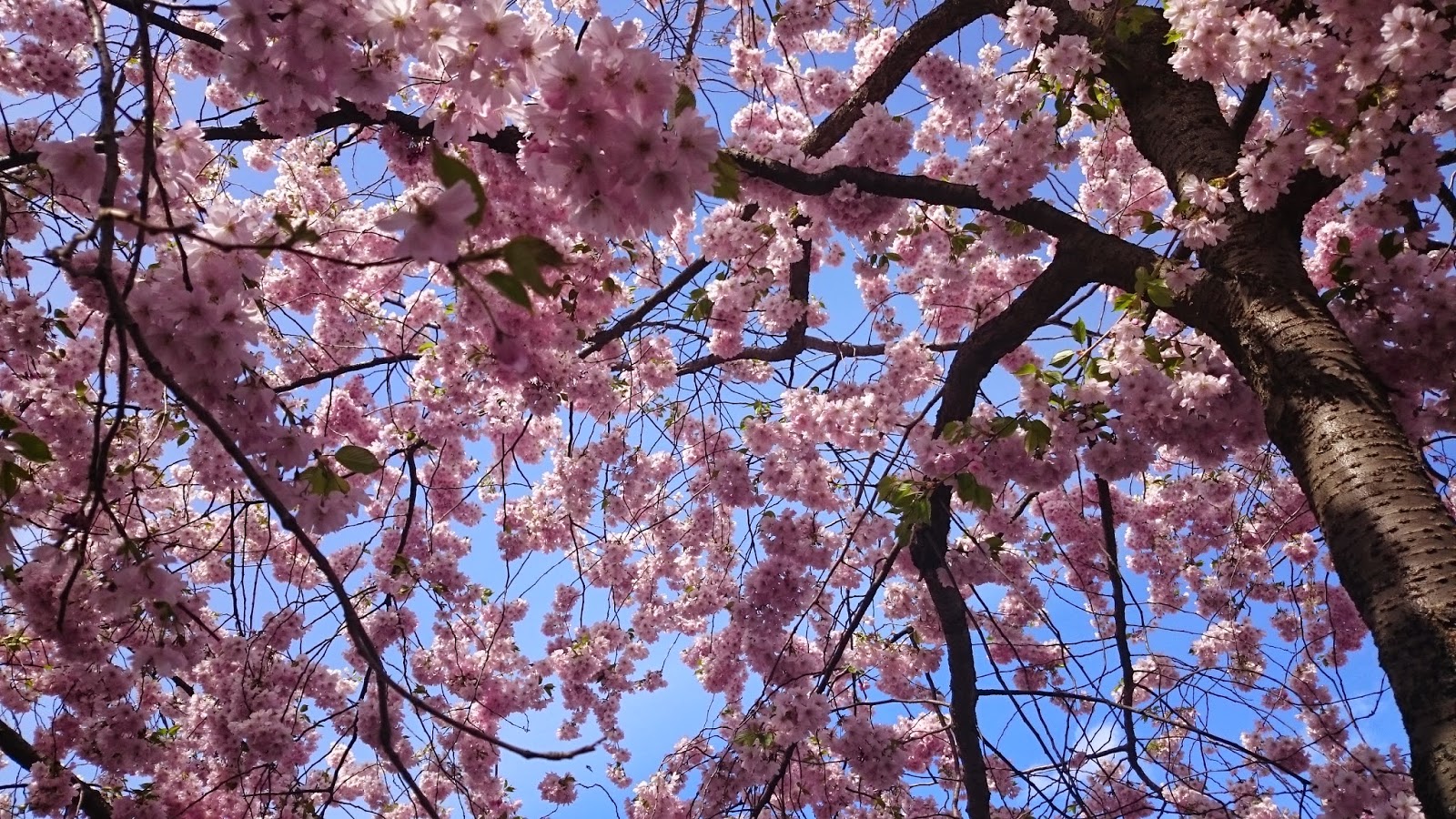 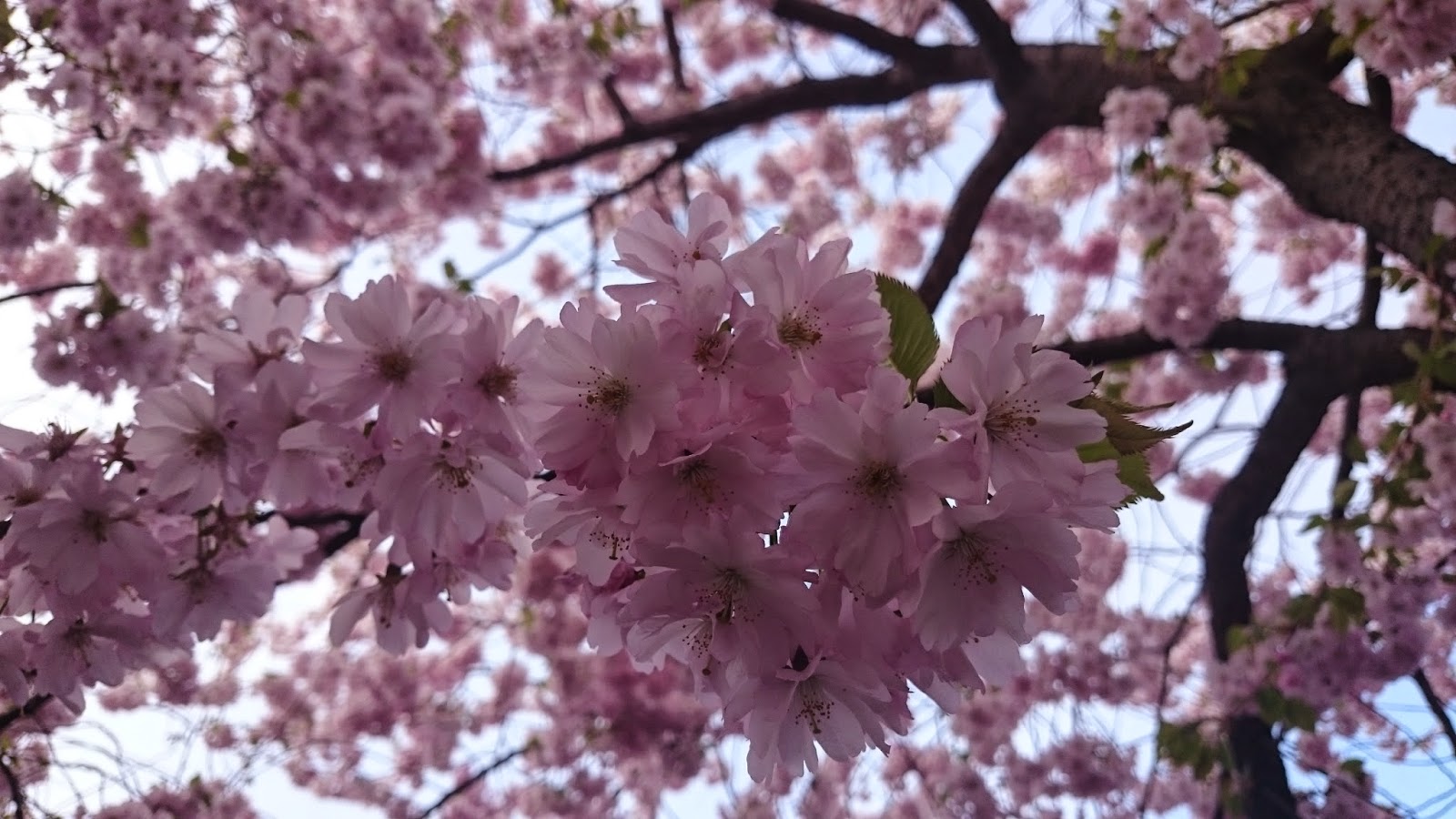 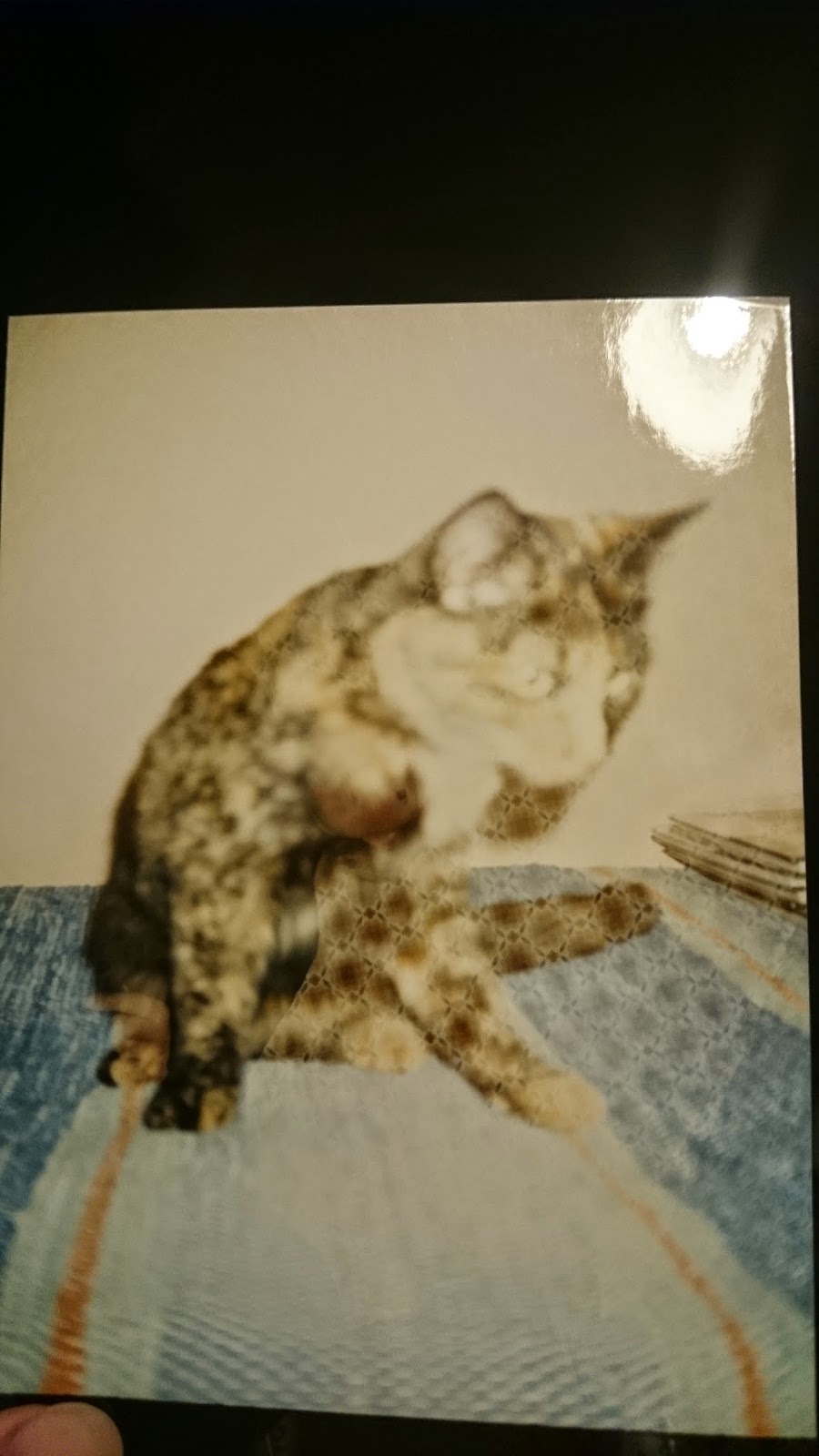 I was looking for something else when I stumbled across these two photos - double exposures, and I believe they are from late summer -93. Excuse the bad cell photos of the pictures. This one is of my cat sitting on the "other" bed in the room I always stayed in when I visited grandfather, on a rug that my grandmother wove and that I still have. It is disintegrating somewhat (the warp is, anyway) and I am thinking I should try to get some equivalent looking warp and restore it. It has, as far as I know, never been a floor rug. The second photo is of my dog and my mother's legs, taken in my grandfather's kitchen, the overlay is my cat, taken in the hallway at the house we lived at the time (some hours carride away from grandfather's house). 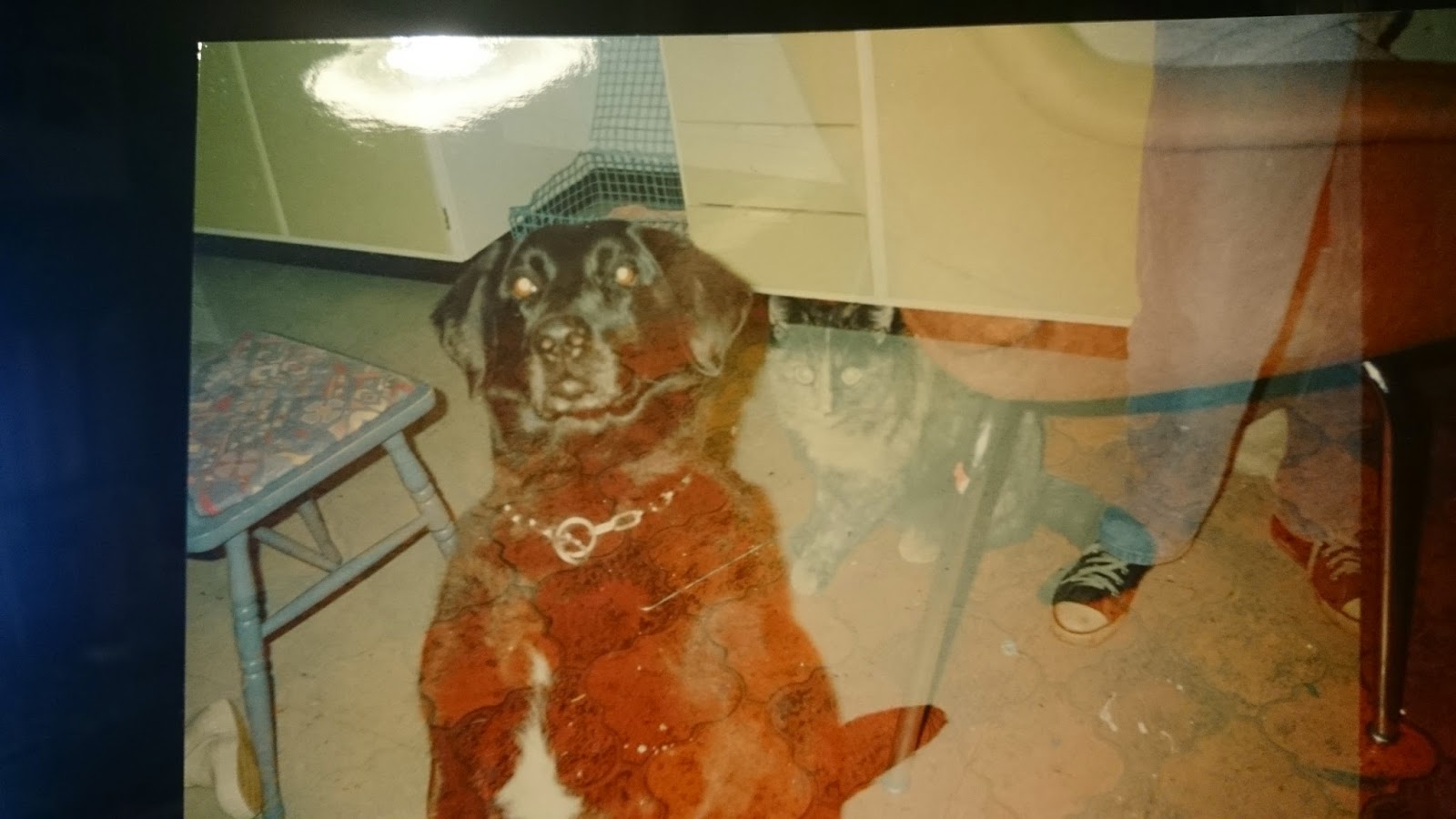 Ink and the preparation for ink 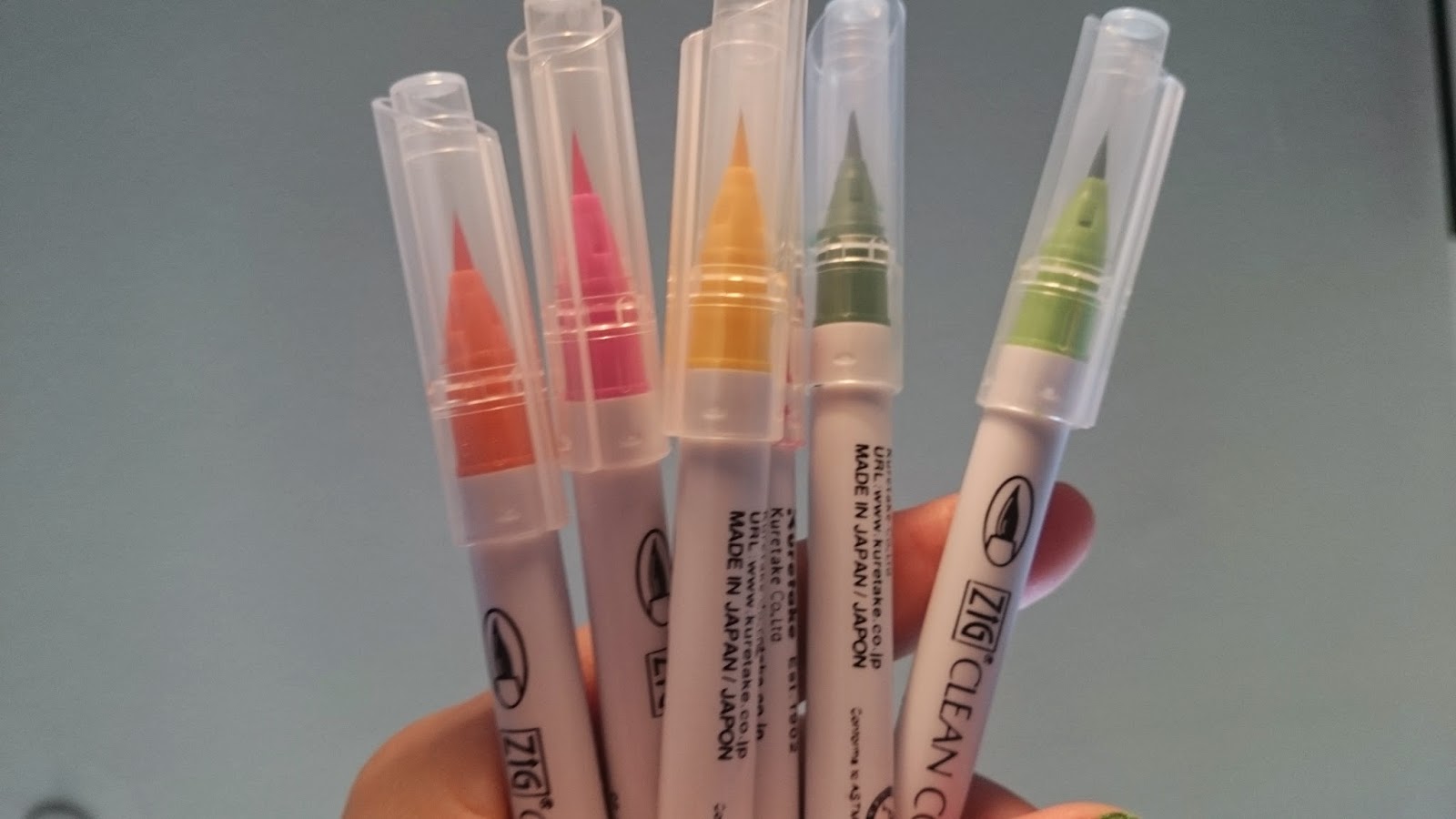 My ink collection is growing.

How many ways can that be interpreted?

I can think of at least two ways in which it is true. Neither of them has to do with collecting octopi however. Only one of them results in a storage problem at home.

Tomorrow I am going to talk to my "dealer" about the next installment. My right arm is my drawing arm, and my currently drawn-upon arm. :)
by Silme at: 14:01 7 comments: