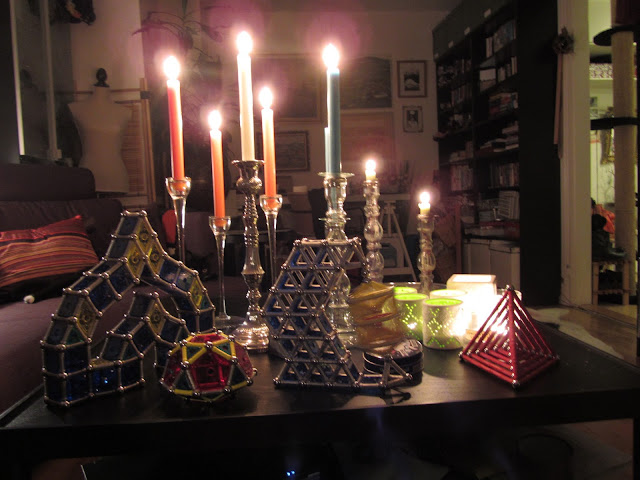 Today has been spent idly; apart from some laundry I haven't done much productive. Star Wars marathon, while playing with Geomag, burning candles all day to warm up my chilly flat. I made chick pea patties for dinner and they turned out awesome, must make again. I really want to be lazy for the rest of the evening, but I know I should neaten this place up a little bit because I am having guests over tomorrow - I agreed to run an RPG campaign. I know I've sworn not to do it again but apparently I want to. I have so much enthusiasm for this I can't believe it!

Also, I have the best friends. I got a text around half past five yesterday afternoon asking what I was up to. I said "I'm folding origami. Come on over. Most exciting Friday night you could have!" and got the reply "Ok, see you in a bit." This would be much cooler if we hadn't previously agreed that it was fine to drop in on me, but it still made me grin. So, yea, I picked up some more origami paper. Actually, I got THIS paper pack, which comes with instructions for five modular models. Modular origami is SO much fun, so why not, I thought. The models aren't super-exciting, but the paper is great quality and at least all five models were new to me. Need to get some more books about modular origami...
Posted in: Arts and crafts, origami
Newer Post Older Post Home