I was woken up super early by someone chanting and singing praise to their god in the yard outside my apartment - at 0330 this was not appreciated and if the person had been within visual range I would have attempted throwing something at him/her.

I lugged all my stuff to the airport (and lifted 90lbs of STUFF aboard the airport transit bus all at once, a feat of strength on my part but I am slightly embarrassed at the amount of things. In my defense I didn't know when I would be able to do laundry and I still ran out of clean clothes in a bit over a week.)

On the flight I had the chatty company of Mrs. Pleasant, who was also a knitter; and I wound up teaching her and her grand-daughter the basics of lace knitting as well as linen stitch. Little time was thus spent sleeping or listening to music or actually knitting...

Here's some photos from the flight for your enjoyment, if you can muster any. I tend to be rather enthusiastic about looking at the ground, and clouds, and.. I enjoy flying, but I don't enjoy commercial sardine can flights. 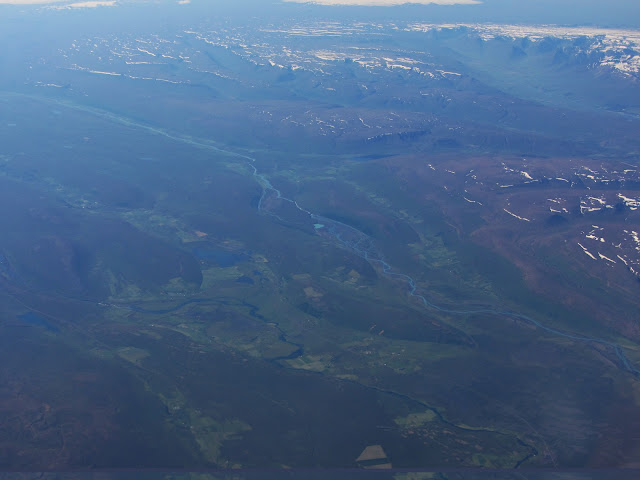 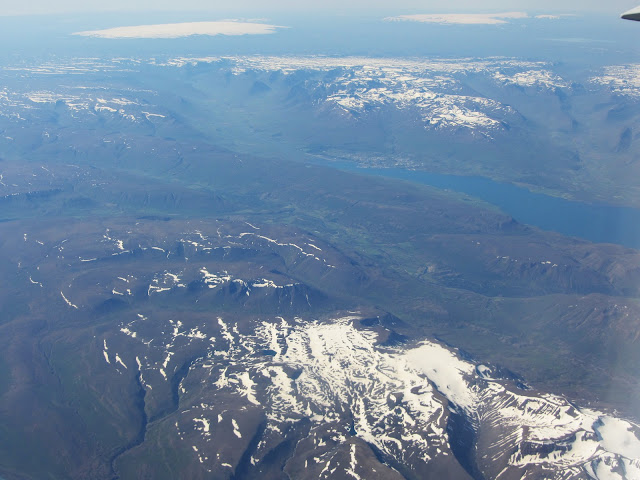 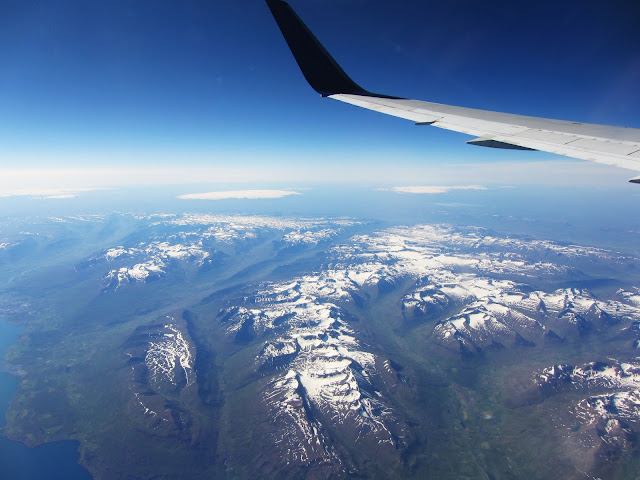 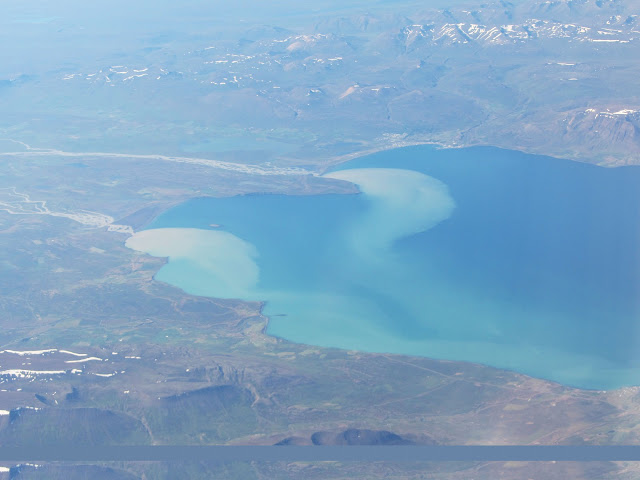 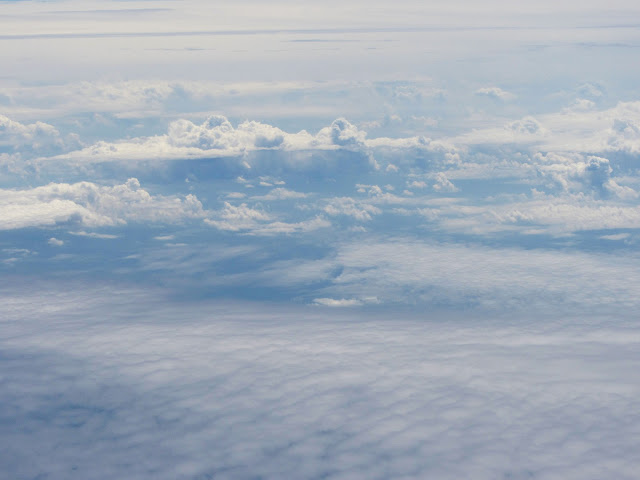 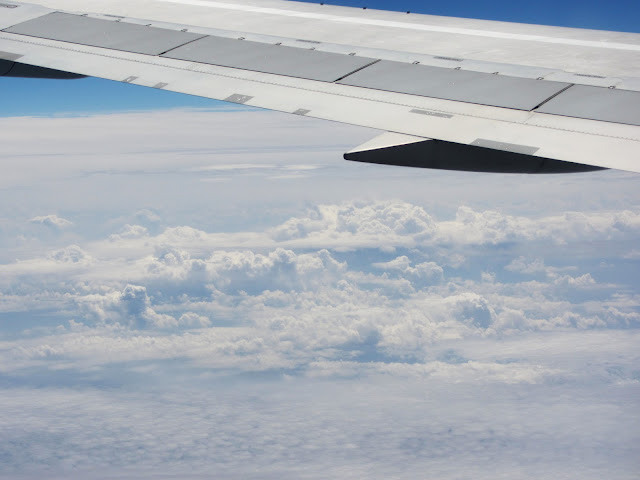 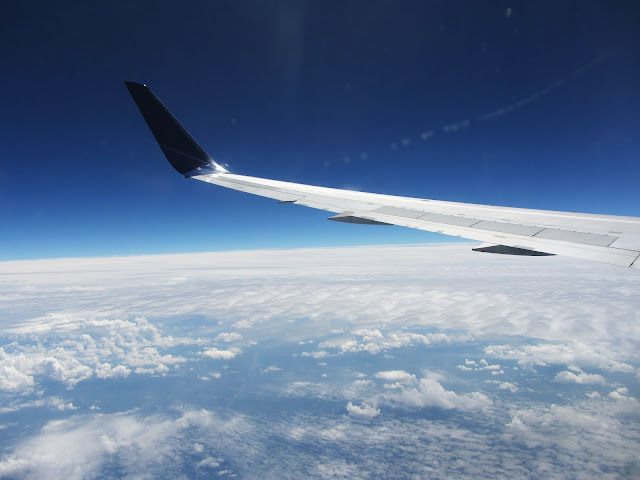 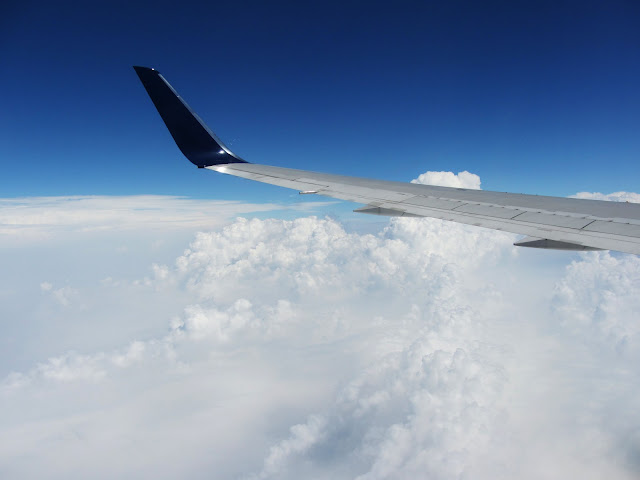 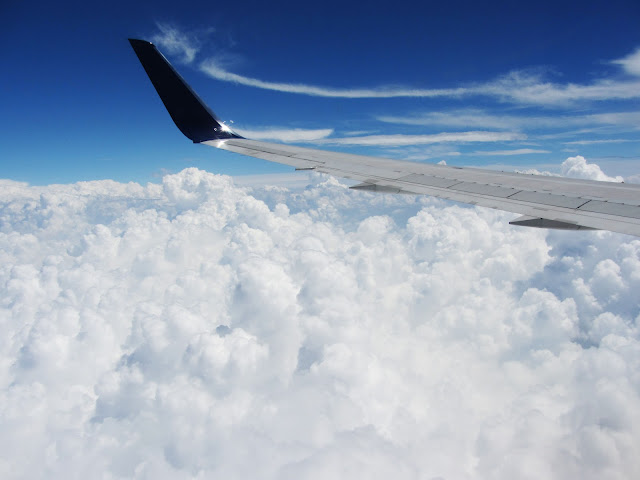 When I arrived at JFK, there was a conspicuous lack of Kate, and lack of communication from Kate. 12 hours there was not amusing, I was tired after almost no sleep and a long flight and an extended day, and the guards kept telling me to go somewhere else, they didn't appreciate me napping at the airport. I wound up sitting at the curb outside taking a nap by the pickup area, because those guards cared less. After 12 hours Kate's cousin Dave and his wife rescued me, since Kate was still lost in transit. Somehow I have no photos from visiting them, not even of their dog. I blame my tiredness and the general confusion.
Posted in: random, Travel and events, USA
Newer Post Older Post Home