The many adventures of the brave blue fish

There has been too few pictures here lately.

I have some photos in the cameras which I have not emptied; among other things of more tatted items, a rat which had eaten rat poison in our warehouse, and other not so exciting things.

So, to the rescue, comes the blue fish hat!

Two out of four knitted items up for grabs have gone on to new homes and the blue fish hat is one of them.
I have received a photo of it before, but today I received more - apparently it has been in Paris...: 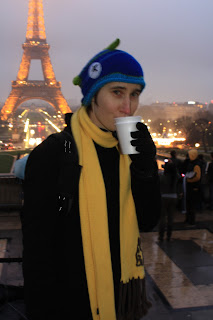 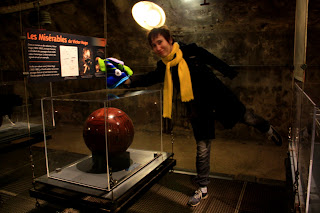 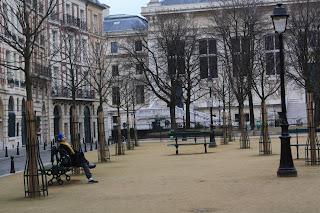