I am still not quite sure what happened, since I cannot recall it. Big bang, whatever it was. The leading hypothesis is that I walked into a door. I have vague memories of seeing my temple go red in a mirror, without having a black eye. It was a shock to wake up to that black eye though!

Never published these on the blog before, but figured it was time. The first one is from monday; something like 24-36 hours after the bang. Then thursday the same week, saturday, and tuesday the following week. My zombie photo is from the same period of course. Six weeks of sick leave (though I really didn't want to and tried going to work several times - including the first monday!). Part of my face is still lame, hurt a nerve.

Did I mention that I am very graceful, somewhat less so than a blind elephant? 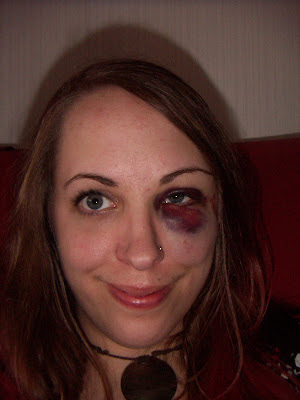 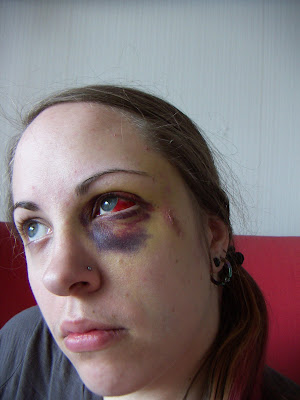 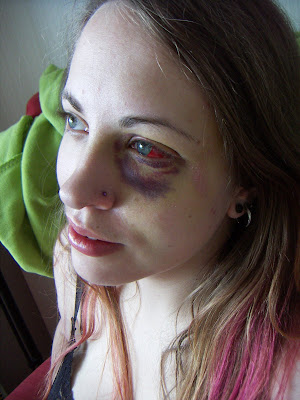 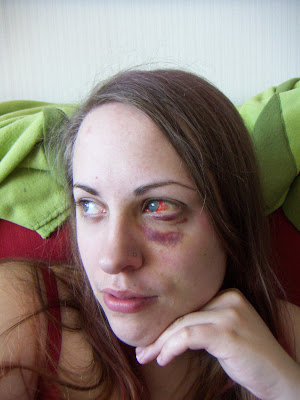