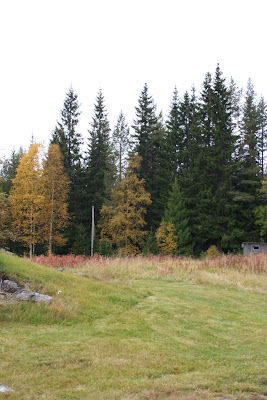 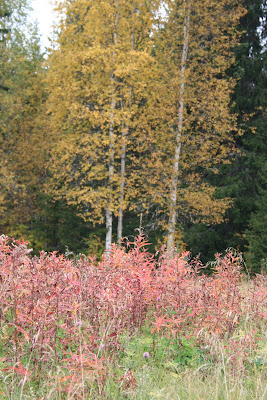 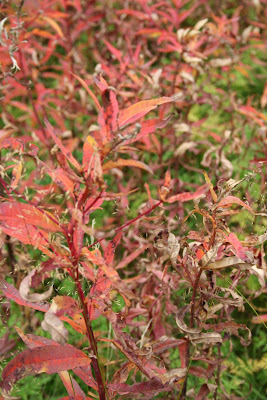 Bog in autumn shroud as well

With almost all of today's posts the photos look better fullsize. Not quite all though... ;) 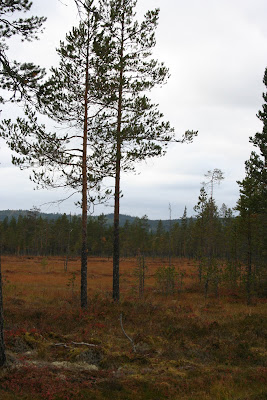 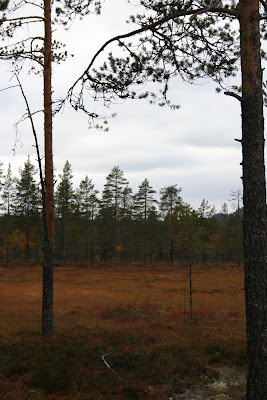 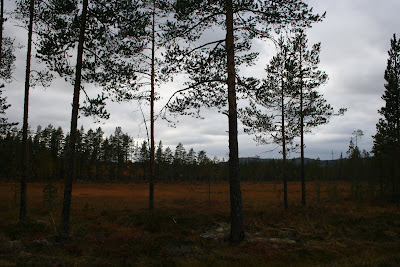 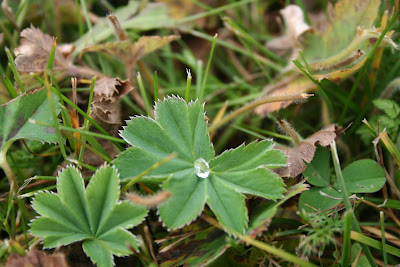 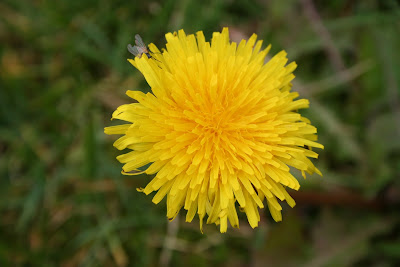 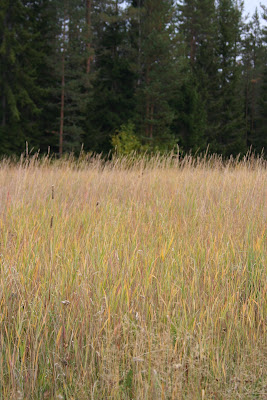 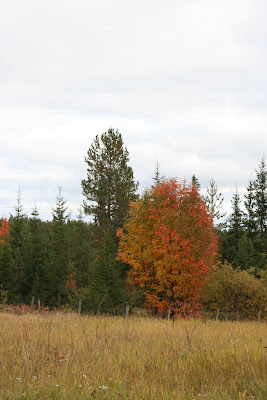 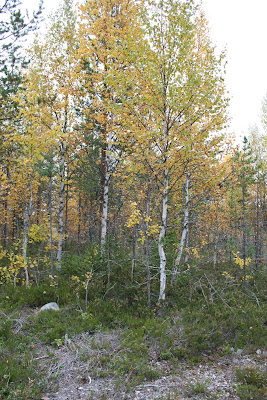 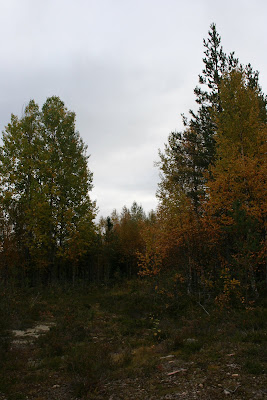 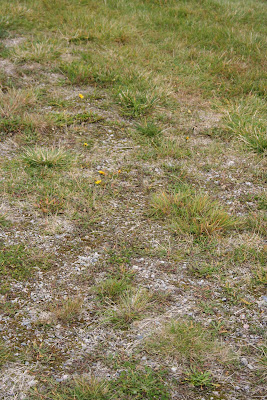 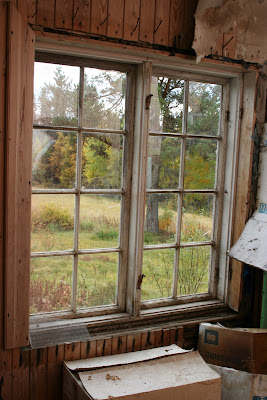 The road goes ever on and on 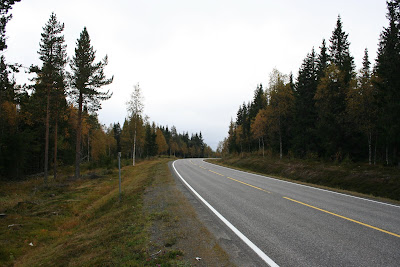 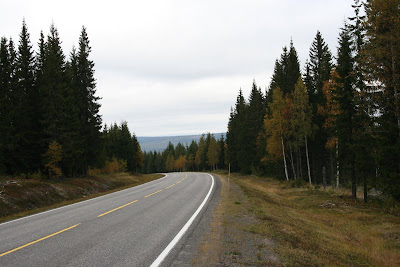 My mother wasn't taking pictures of the weathervane, but I caught both her and it. 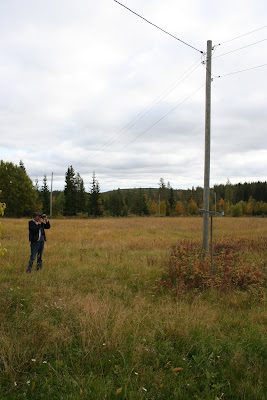 I know it has been ages and ages since I really wrote anything here. Not much to say about that - it has been ages since I took this picture of a double (actually it was triple but I only got two arms on photo) rainbow that got very intense colours in the sunset, but I haven't uploaded it either. 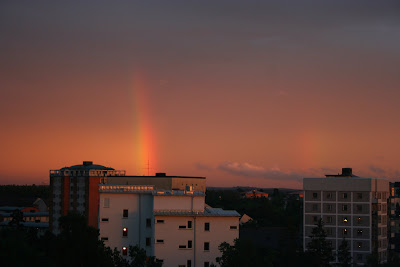 So, what happened? Summer came. Christine stayed in my livingroom for alittle less than two months, I got a new job (same company - but I am now teamleader instead - more work and more responsibility without much change in pay, but it doesn't matter cause I like what I do and that is more important). Summer passed, it is now definitely autumn. Icy cold mornings and three duvets at night. Red leaves.

When I take the bus to work in the early mornings, the world is green and red - green leaves with some red ones interspersed, apples in all shades of red from almost green to so dark red tht they are almost black - and purple plums, orange-y rosehips, green pears, red berries, and rowans so heavy with fruit that the twigs hang all the way to the ground. Fruit season. It is still warm enough that roses and the more stubborn wild flowers still are in blossom, adding a dash of colour to it. People wear jackets and colourful scarves - me too, my old friend the corduroy jacket came out of hiding, and I bought a new bright red shawl that I wrap around my neck.

Weekends are spent watching old episodes of Grand Designs and No Reservations, knitting (an attempt to get mittens before spring - the woollen socks of last autumn were finally finished in june... ;) ) , doing the backlog of dishes (I seem completely unable to wash dishes during the week), scratching the cat, and thinking that I really really SHOULD carry the unused and dismantled bed Christine borrowed back into storage. She was supposed to help me with that but she decided to leave one day while I was at work and she never returned to help me as she promised.

My left arm is sad - elbow to be more specific. The joint is slightly displaced but nothing out of common for me, however I have a bad case of inflammation at the tendon. Doctor gave me a shot of local anaesthesia mixed with cortison, my arm was numb for 36 hours, which was nice, but by now its hurting again. Hopefully the fact that I am eating ibuprofen as candy (he told me to) will take out the rest. It -is- better though, I can use the arm again - I can straighten it out without pain which I was unable to in the beginning of the week.

In a week I am doing a hit and run trip to Norway, to see my grandfather (who is my hero, if you didn't know - one of the most awesome persons I know about) - just sleeping there two nights and then going home. The intricacies of SJ's new pricing system baffled me and made me call their customer service twice.

One of the reasons I haven't been blogging is that I lost my third blog (the one at FD), and having that motivated me to blog more than usual (see post about the 1 year anniversary of this one for the history of that). No warning which miffed me a bit, I would have wanted to save some stuff from it. Talking about that, the second anniversary came and went without comment from me. I was thinking about stuff I wanted to write but nothing ever came out of it. Hopefully I will write something good enough for two years next time... ;)

Alright. That was it for now. I will try to update more often from now on, we will see how that goes.
by Silme at: 09:48 No comments: