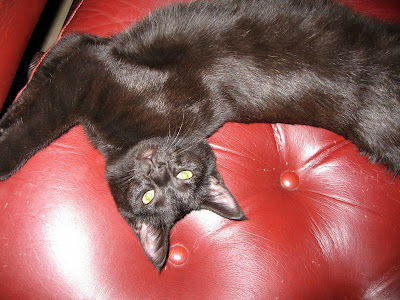 Curious as a cat..

Who are you, person from Sydney or thereabouts that visit me every or every second day? Do I know you? Talk to me!
by Silme at: 13:26 4 comments: Links to this post

Email ThisBlogThis!Share to TwitterShare to FacebookShare to Pinterest
Tags: family 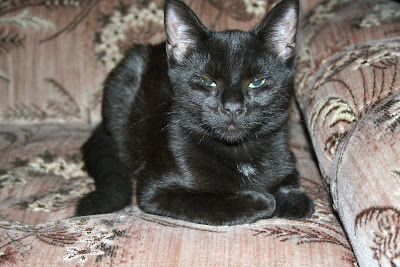 I was asked recently, in some sort of "list" (I think it was on the Cauldron, Just For Fun thread), which sport I prefer watching, and I did not have an answer.

Well. Hold on to whatever you are sitting on.

There is a sport I follow.
Unfortunately it isn't exactly featured on TV, so I wind up following it online.

I usually don't read things that can remind one of horror - dark evil stuff is just.. bad. Mystery books is about as evil and scary as I'll go (though I happily read mysteries/criminal novels).

The book is extremely well written, and I was drawn into the emotions of what happene through the plot. There is plenty of drama and intrigue, as well as romance and of course the mystery of the crime.

All Lola wants is justice.. (and for the world to be a good place to live in).

Highly recommended.
by Silme at: 19:21 No comments: Links to this post

Email ThisBlogThis!Share to TwitterShare to FacebookShare to Pinterest
Tags: literature

Walking through the morning

I am working the weekend, which means I have to be at work in time to have everything on my computer running at 8am. Not much worse than a normal week, but still.. it is a weekend and something in me says that I should be at home sleeping. However, there are ups too.

Walking here and back, it felt - though there was a fairly even cover of clouds - sunny and somehow like spring. It was cold, but it wasn't wintery cold - it was the cold of melting snow, and dry roads, and the migrating birds having returned and doing their chorus for me (or rather, in the hopes of finding a mate). The smell is still of winter though - but any day now, I will walk out, and be surprised by the smell of wet earth and rain. Bright green patches of moss showing through the snow still left in the shade of buildings. The sound of gravel under my shoes. And I had to get rid of some layers of clothing, my long winter coat is hanging at home.

Walking home last night, I felt happy, seeing spring come. I suppose it is mostly the return of light to my senses, the winter depression lifting. No longer continually dark outside.

Went looking for jeans, found none. Maybe I am too critical? But I don't want to buy things that are "almost good" already in the shop. I will avoid using them. Found a pair of linen pants instead, useless now of course but good for the summer.

And then I went and bought shoes.

Last night I made a pact with myself: To stop every month buying new cheap shoes that I won't use much, and instead get more expensive, better quality, that I can actually use.

I have been needing-wanting new shoes for a long time. This winter, although lasting a mere six weeks, has been spent in summer shoes and woollen socks. Not ideal. But I have been unable to find winter shoes that fit, felt like they would be good to walk in, looked alright, and did not cost a fortune. I bought a pair of Doc martens in the fall, thinking I'd have them for the winter, but they are half a size too small so I keep getting blisters from them. I didn't notice in the shop, unfortunately. Should probably try to sell them. Initiative, and I am bitter about not getting to use them. I want them to fit. Now I bought some low Ecco sneakers, thinking I'd have them for the summer and that they can be used already now with the dry roads.

I had walked for around 8 minutes this morning when I stopped and peeled off a layer of socks to avoid blisters (I usually wear double socks as long as it is snow out, to not freeze my toes off).
No success, after another five minutes I had to look for a mostly-dry bench to sit down to peel off shoes and socks, and put blister-bandaids on my heels. Relief! At least for the next couple of minutes. I was slowly noticing that my left heel was starting to get the burning feeling on a different spot. Then suddenly it flamed up. What to do now? Still a way to go.. In the end I just put my toes into the shoes, trampling the backs flat under my heels, and shuffling slowly on my way. Getting sharp stones in the shoes instead. Got to work a few minutes too late (considering I wanted to be here at least 7:55 to have time to make tea and start everything up), took me ages to get here. Luckily no panic since it is sunday and noone is calling at 8am sunday.

I have decided I need to be fetched with a car this afternoon, not going to walk home in these shoes today.. My good idea about expensiver better shoes seem not so good anymore. Hopefully I will be able to walk in these shoes, so they stop hurting me. It'd be bad to have another case like the docs, so much money on something not used..

Cheap shoes ftw, no huge loss if they aren't used much!
by Silme at: 08:08 2 comments: Links to this post