Sniffle. Cough.
Spent some hours now trying to prepare myself for the yearly development meeting with my boss, which is to be held tomorrow. Hard to twist my brain around it.

Decided to take a few moments to take pictures of the things I did during the weekend instead.

Easter friday I tried to figure out how to fold a box out of a sheet of origami paper without tearing, cutting, glueing, taping or otherwise manipulating the paper - and I wanted to be able to both adjust the height/width and for it to be stable and not randomly collapse. The result (to be thrown away soon) was a series of four slightly ugly nesting boxes in paper, but I got the idea now. 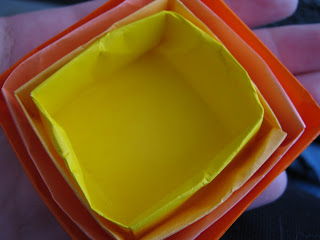 Later I got out the pliers and made these. They will be shipped off to Finland unless I hear that they are not acceptable, or that a different model or colouring would be preferable. I improvised. 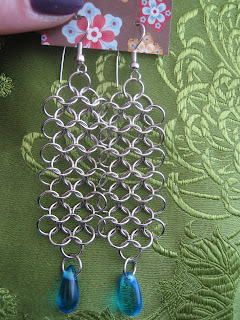 Then I decided to use some of my horribly expensive paper that I bought on an endorphine high after a chiropractor visit and made tiny boxes for giving away the stuff I make in. These always seem to disappear as soon as I make them - guess they are useful for something at least... 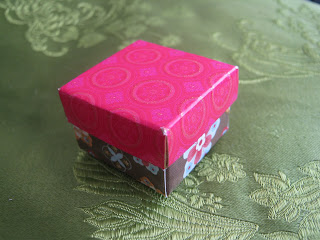 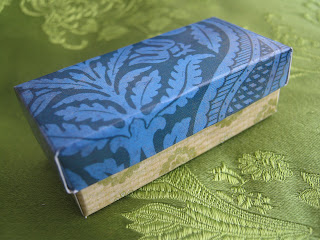 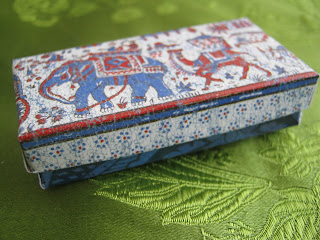