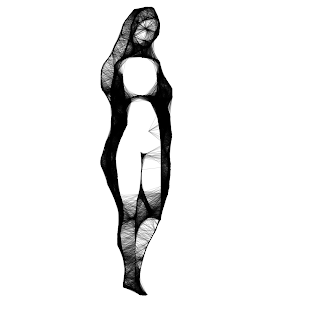 Food is complicated stuff. At least to me.

Julia has been writing about weight, she writes a whole lot of smart things, and if you are comfy with reading Swedish (or using google translate or similar) you should probably go read it. I said in the comments that I should write about the same on my own blog, but I don't think I am quite brave enough to go all the way yet. However I do have things to say on the subject.

To summarise a little bit of what mostly stuck with me: If I say that I am fat the majority of people will protest in some way, directly or indirectly. Alternative 1: "No, you aren't!": Alot of people seem completely unable to judge or guess other's people weight. I guess this is in a way good: People just don't see me as fat but fairly normal. People guessing my weight routinely miss with 20kg (+/- 5kg), and it is an eternal issue at work when we get clothes that people think clothes that to me seem tiny will fit me. Women are worse at judging it than men but men seem to care less. Alternative 2: "But you aren't ugly!": This is completely not related. I am not saying I am fat because I am fishing for compliments or want people to protest to boost my self-esteem (also goes for alt.1), but because it is a fact. Like; "I have dark blue eyes" is also a fact. Would anyone protest that? (Let's stick to the hypothesis please, I am fully aware that there are several in my acquaintance that will debate the fact of my eye colour, but I couldn't come up with another example at the moment).

So. Am I fat? Undoubtedly. And for my own health's sake it would be good to drop a bit in weight. However I am in fairly good health and shape beneath my protective layer, and I am not going to panic about it. For this I have reasons and that is what this post's main subject is, I think. Because while the above is very interesting and important, it woke a whole lot of other thoughts in me and I decided I want to go public with something quite else than what I actually weigh or what size clothing I need.

I have been suffering from eating disorders most of my life.

There.
It is something I became aware of only in the fairly recent years. Eating disorders to me was always something about.. counting calories until you were a skeleton, or barfing up food after binging. And I never did any of those. But slowly the realisation came that what I do is also a disorder. As a child I felt very much NOT in control of my surroundings and so I developed a way to control at least something: I would not eat unless I felt safe-ish. It wasn't, I think, very noticeable when I was a child, although I think I already then would panic if something unexpected would happen to food so that it wasn't what I expected or contained something I had decided was Dangerous. During my teens this developed into not eating at all if I was in some discomfort in my surroundings; examples are that I visited a friend for a long weekend and it was only after three days that he realised I had not eaten anything for the entire period. Eating was terribly dangerous and I declined all offers of food in the strange surroundings. I was also severely discomfortable with eating alone - with people - even if feeling safe, so unless someone else was eating I would not eat either. When I was safe however I would eat. I don't think I ever really got into binging on food, I would eat for comfort when alone but I would limit it, and while chubby I wasn't really that overweight in my teens, so I believe I kept it healthy.

So how did I grow fat? Two factors mainly I think: Anti-depressants and a lack of exercise. The former made me fat in just a few months in my early twenties, which worked quite against their purpose, and a lack of exercise thereafter hasn't helped. Luckily I haven't really gained much, I am stable, but neither am I losing much weight. Foodwise I am eating rather healthily, although getting the right nutrients is a bit of a struggle at times since I still avoid thinking about food, avoid cooking, and even shirk eating. The anti-food list isn't helping. I still panic and refuse eating if food becomes troublesome; if it looks or smells unexpected, if the taste isn't what I expected, if choosing food or discussing ingredients become troublesome when eating away from home.

I would love to lose weight but I have tried dieting in the past and I learnt one thing (with hindsight and the realisation that I have a problem): It makes my eating problems worse. I get even more self-conscious about eating and I started starving myself, or even binging which I had never done before. I cried in public when going out with some workmates last year, very embarrassing, just my food panic poking its ugly head up.

I honestly believe that what I need is exercise, not to worry even more about food. Thus I try to not complain about my weight; if I am going to complain about something which only I can do something about.. well, I think I am only allowed to complain if I am actually doing something and it isn't working.

And finally: Two times in the past years I have relaxed completely about food, started eating intuitively instead of thinking about it, and both times I lost ~8 kg (regained the first loss when I started worrying again).

Writing this was less scary than I thought. Will see what I think about it tomorrow however...
by Silme at: 07:45